If we consider a design product as a synthesis of the creative universe of its author – born within a mix of intuition and design ability – what better way to get to know the rest of this universe on the one hand and the product itself on the other, than a photographic tour in the very same house of the designer themselves? Quadrodesign went inside the Milan home/studio of Formafantasma, designers of the new FFQT faucet collection. 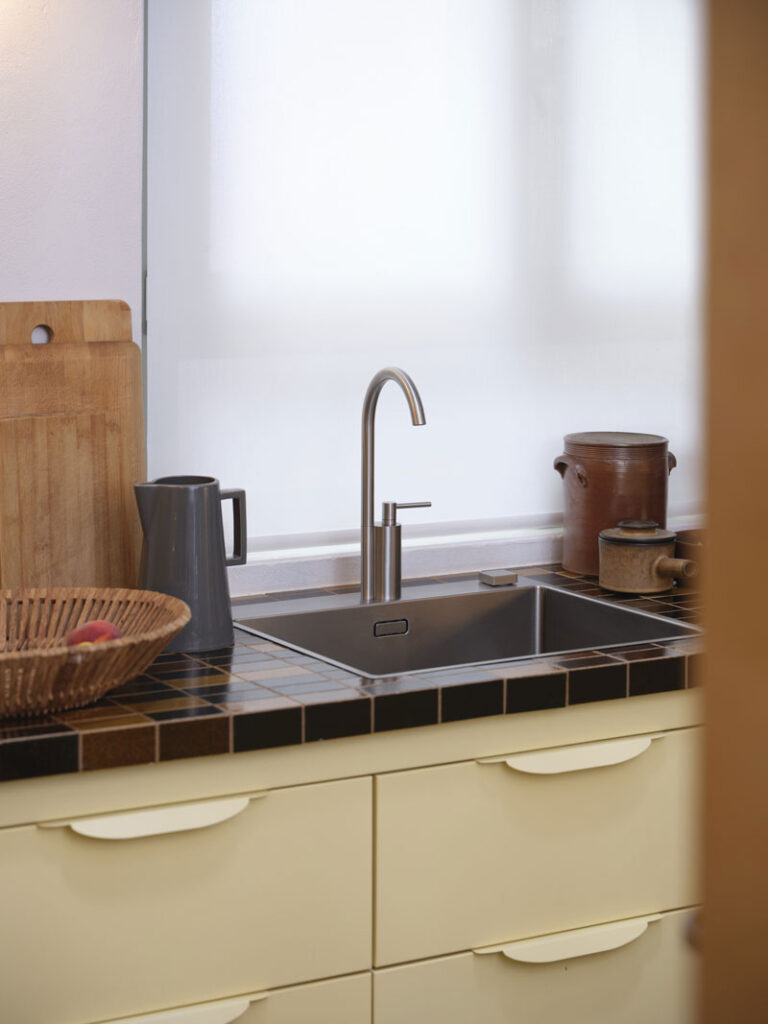 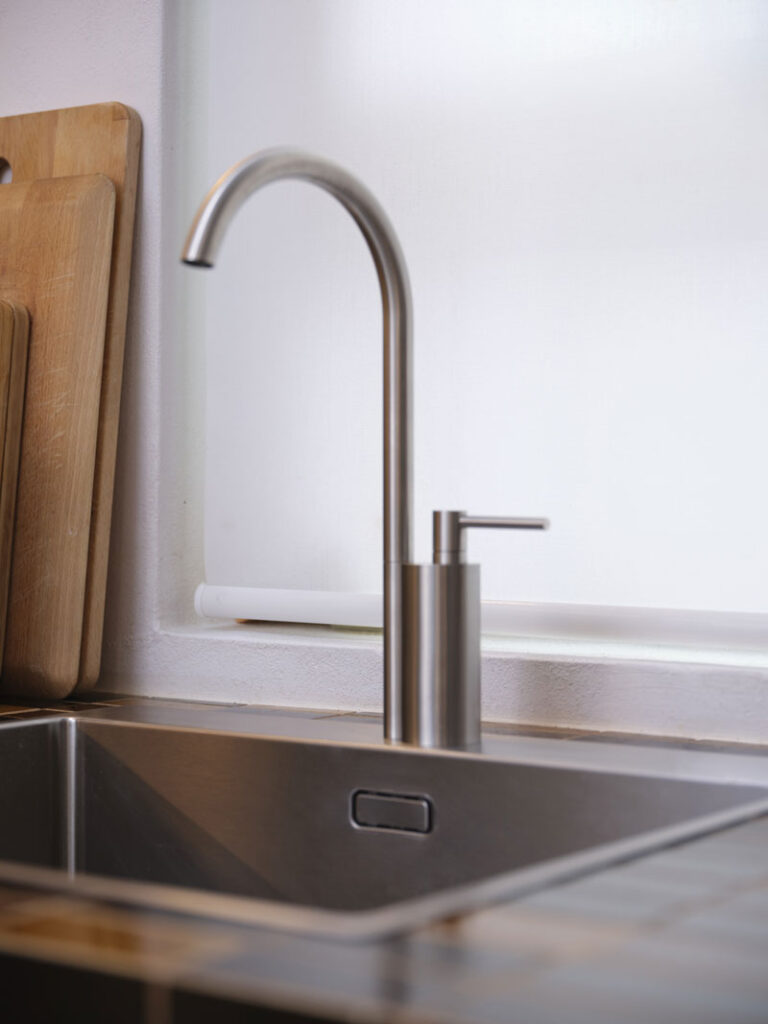 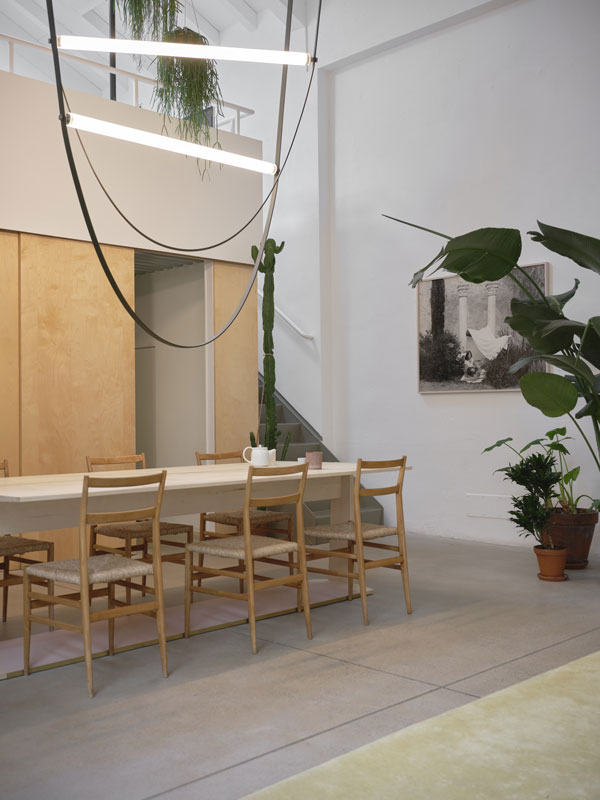 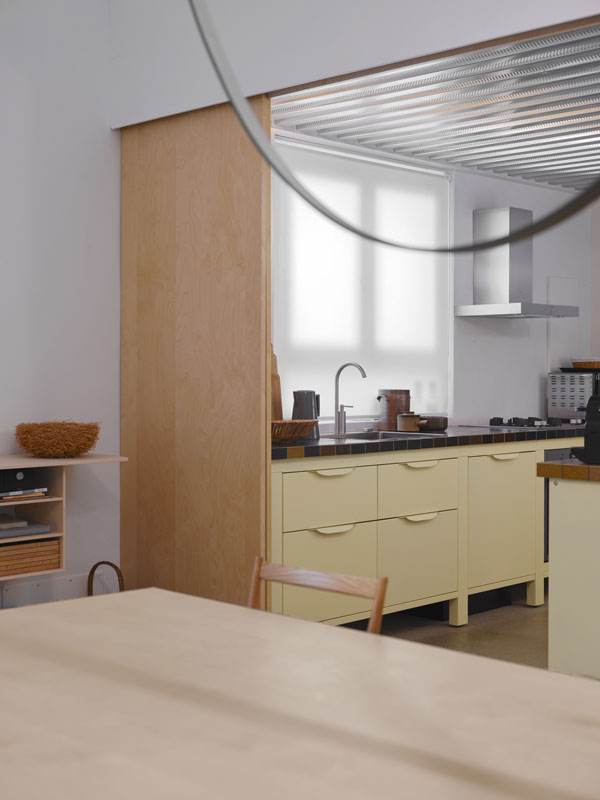 Their house/studio, where the new FFQT faucets have been installed, is a space that is rigorous in its geometry, with those characteristics of a former workshop where one can easily imagine a craftsman working with metal. Overlooking the inner courtyard, amidst rough concrete and meticulous details without excess, is the series of large windows that provide light for the many plants that populate the house. Light tones prevail, natural untreated woods, a subdivision of space by function that lets you guess what is going on in the next room. 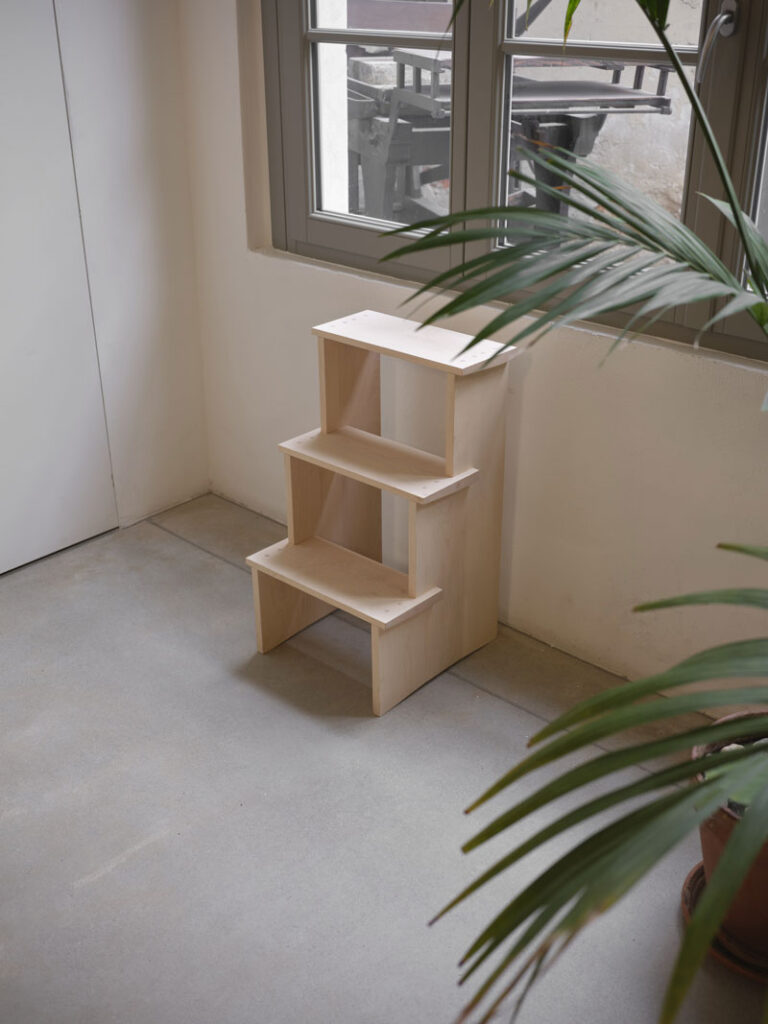 Andrea Trimarchi and Simone Farresin have always been spokesmen for a new design sensibility that considers history, social and political evolutions and the ecological theme as elements that shape the discipline of design. 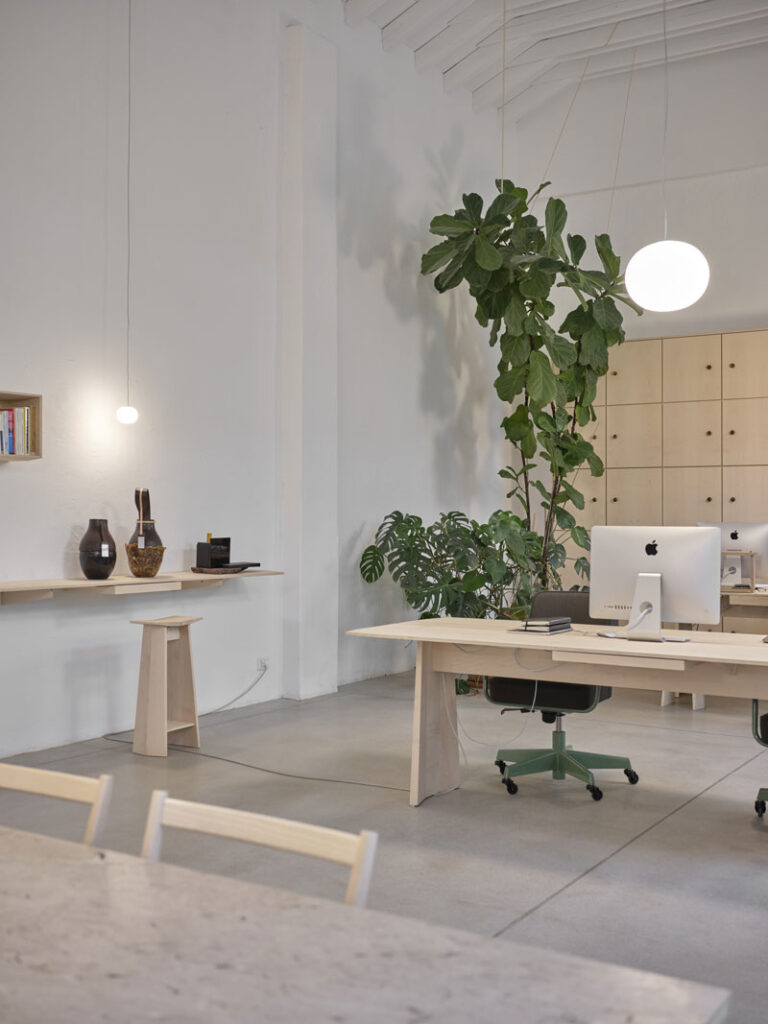 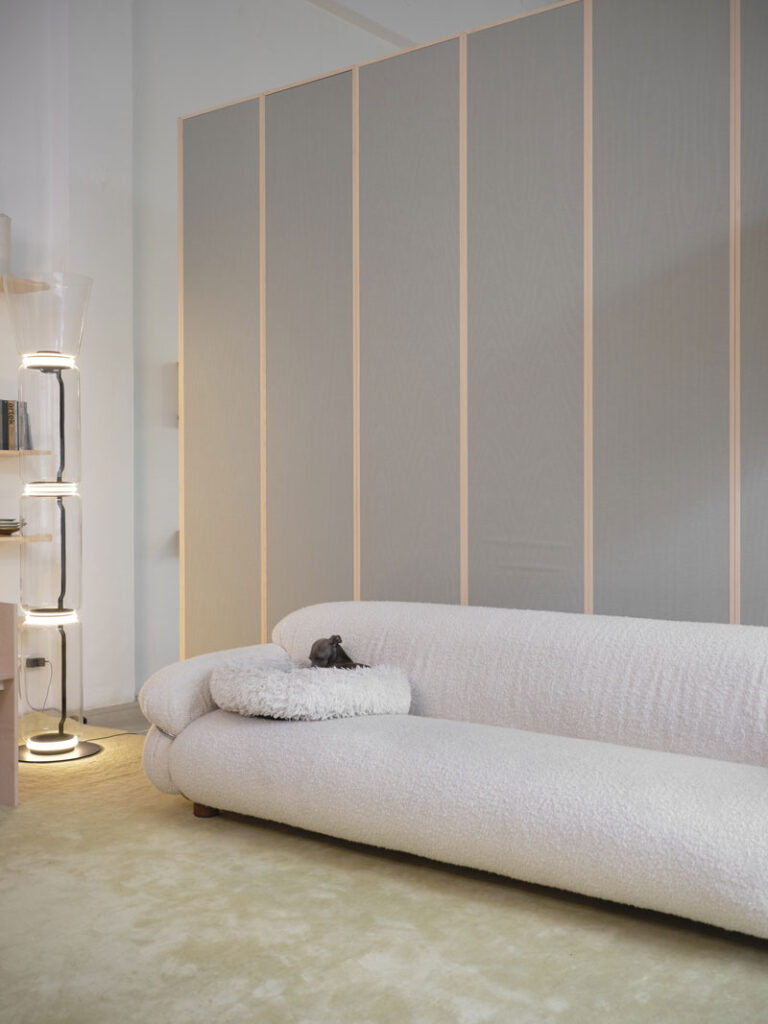 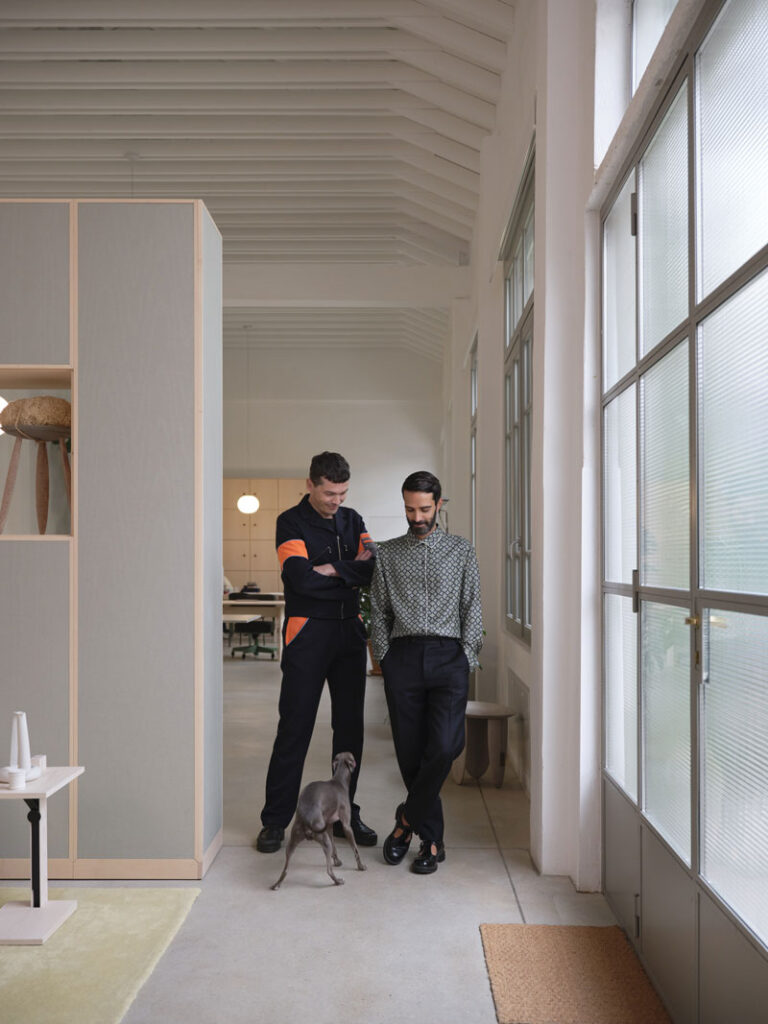 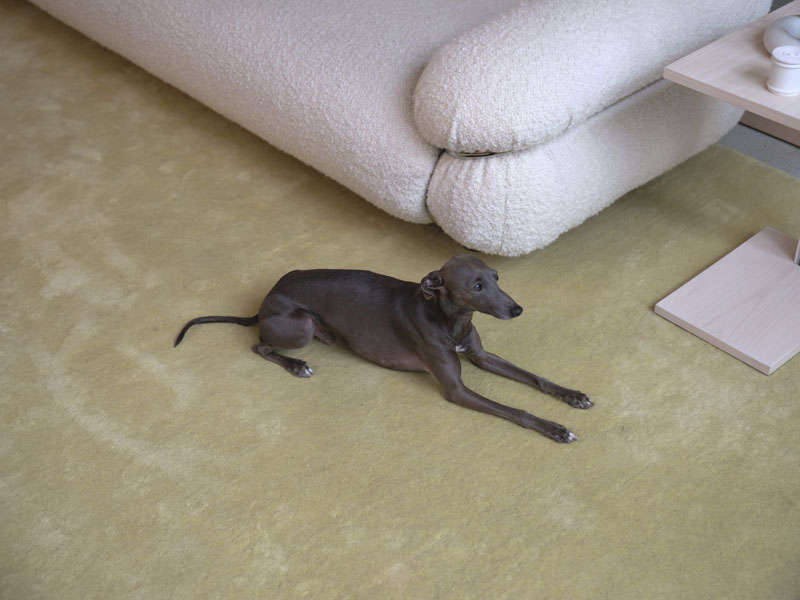 All around, the many pieces signed by the designers for various brands, but also the result of personal research into different materials for which the duo is famous. The inner courtyard is the first set to set the free-standing shower column, the collection’s hero product thanks its innovative conception, for both outdoor and indoor use: the steel stem with the end shower head holds in place, through a series of rings, a common 5/8” garden water hose. The designers explain this provocation through the sense of research that always animates their projects, which start from and enhance an idea: that of the archetype of the fountain to be enriched with small parasitical elements such as two shelves and a mirror. That of a very common and cheap element as a rubber tube that is within everyone’s reach and everyday imagination, which acquires a different identity when incorporated in an evolved project; that of a material such as stainless steel which gives robustness to the final result.
As for the working process, which for stainless steel can only be CNC milling, the designers state that, instead of experiencing this technique as a limitation to imaginable forms, it was an aid to voluntarily conceiving silent objects: homes are variously full of narrative objects, which must be in the right balance to be appreciated. A silent object carries silent values such as durability, respect for the context in which it was conceived and the context in which it will be used. The only thing it must state without doubt is how it is to be used. This aspect is particularly evident in the shots of the bathroom and kitchen fittings, where it is intuitive to operate a single lever to act on the intensity and temperature of the water flow. 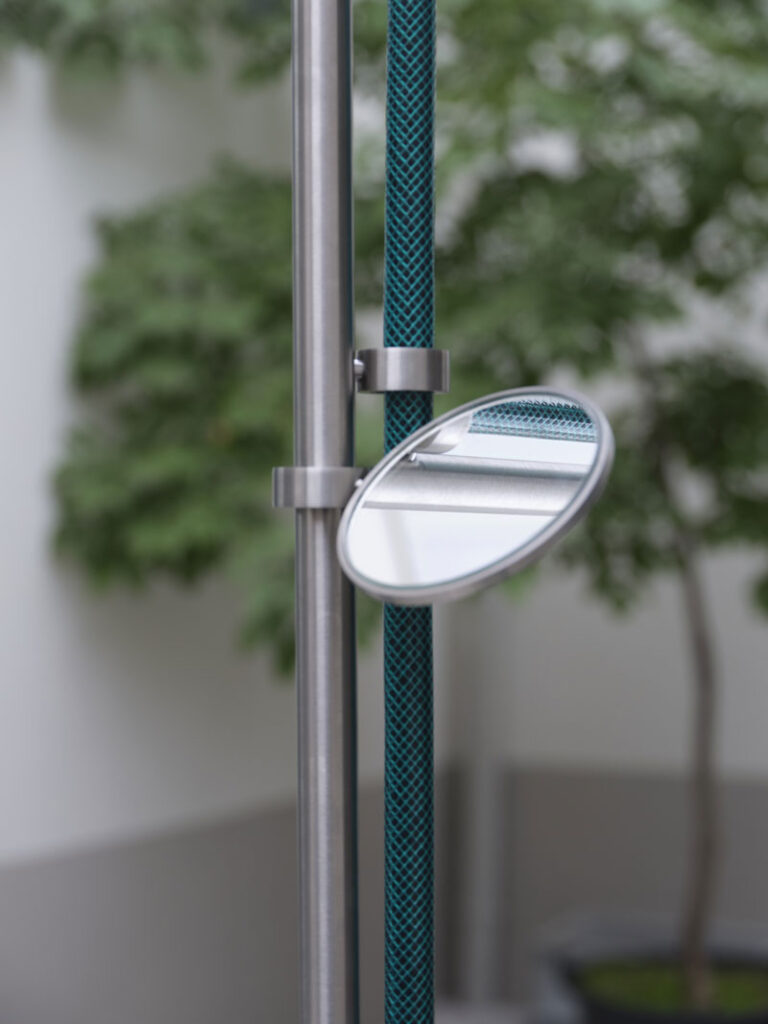 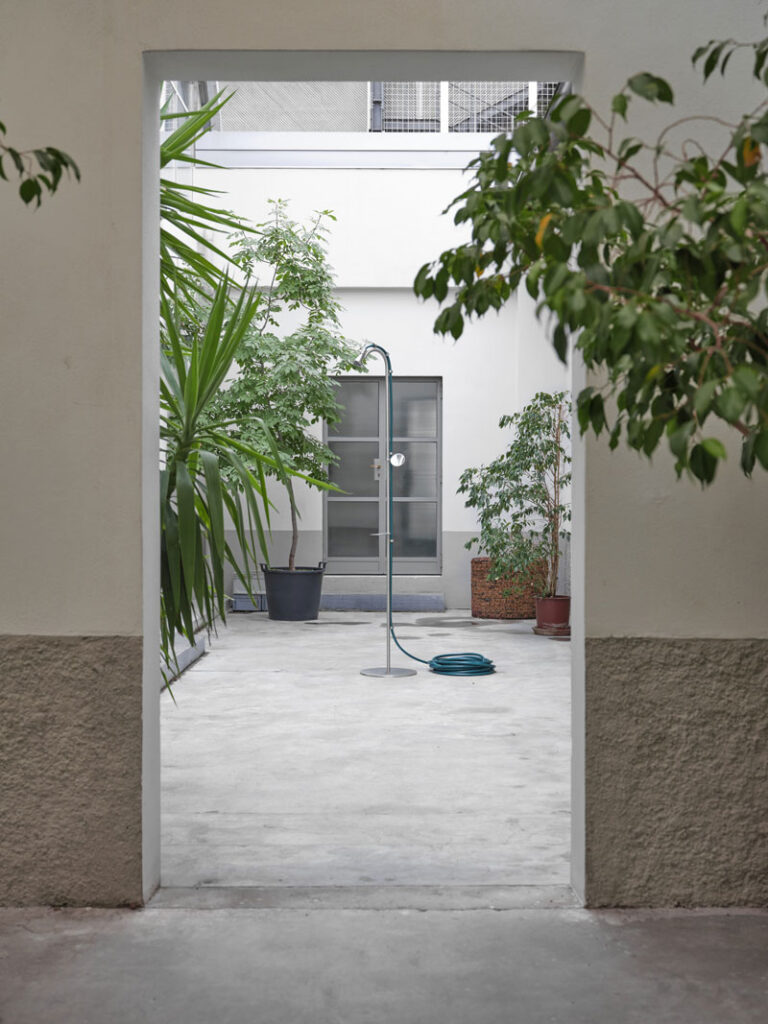 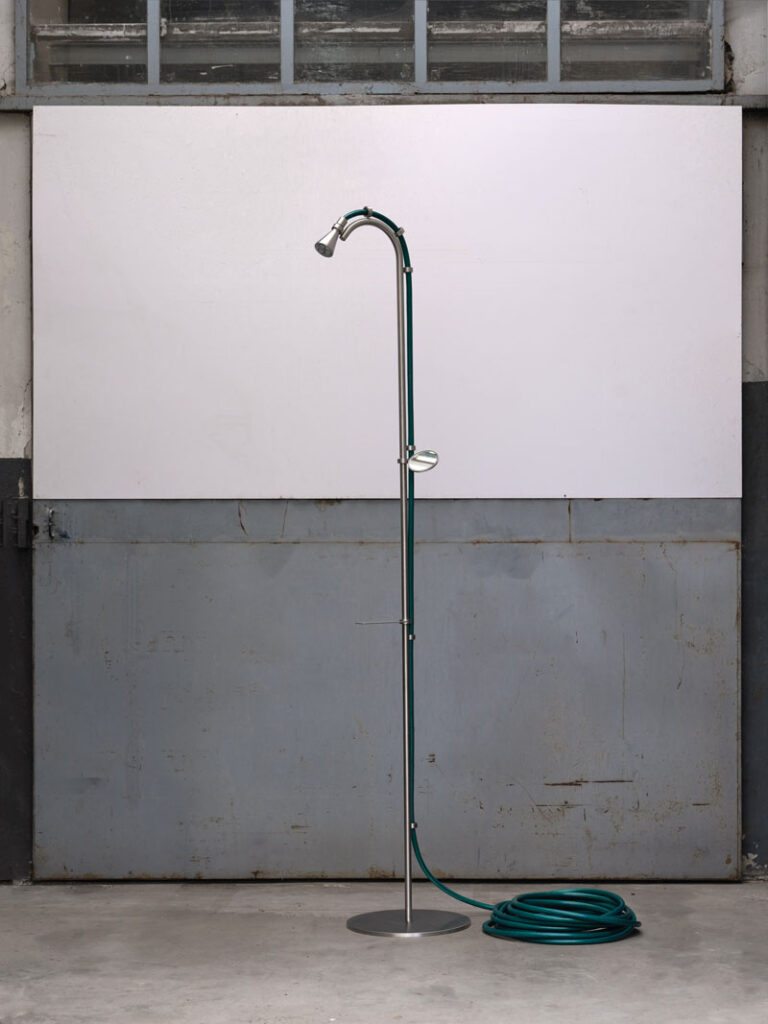 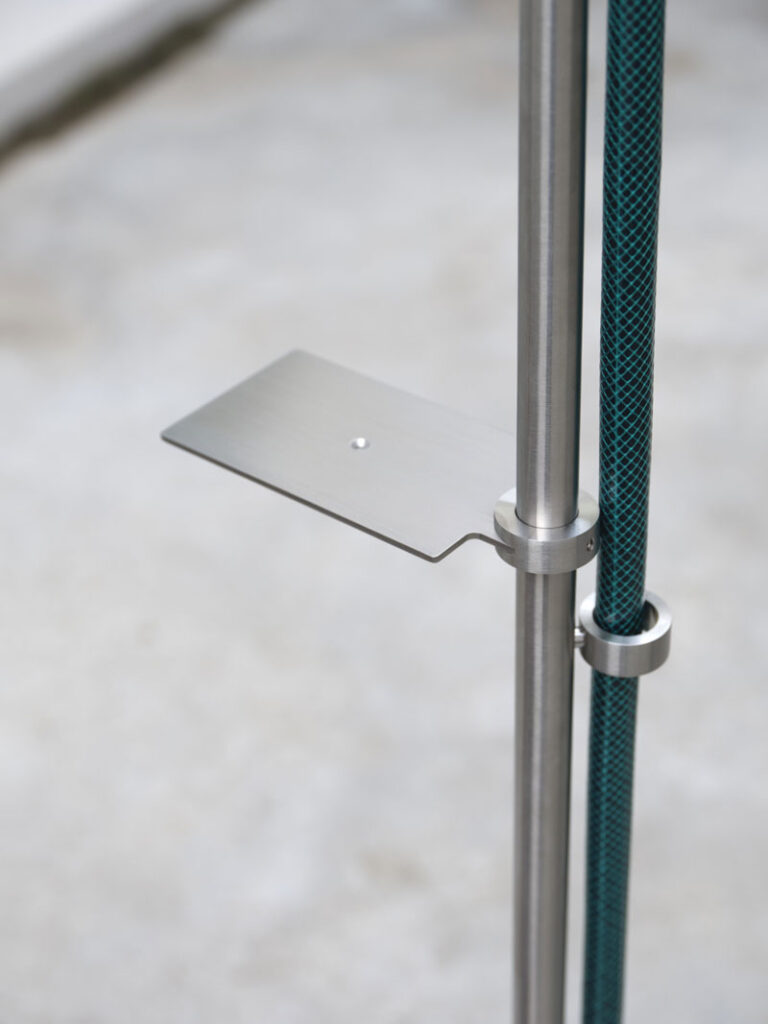 Places where an object takes shape and places where an idea is born. In the case of Quadrodesign and Formafantasma, the shared rule is to weigh up how much the processes of industrial design and production impact on the ecological order of the planet and to limit the impact in order to operate in a virtuous and responsible manner. 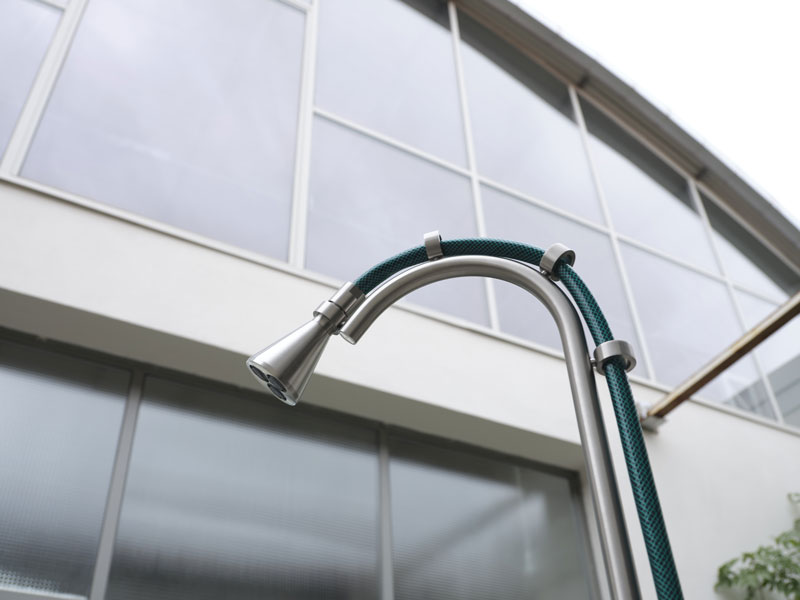 The bond established between Quadrodesign and the designers who choose our brand and products for their projects, provides the occasion for a meeting with DWA Design Studio. Hosted by Frederik De Wachter and Alberto Artesani, we explore a corner of Nolo, an area north of Milan (North of Loreto to be exact, hence No-Lo), where

If we consider a design product as a synthesis of the creative universe of its author – born within a mix of intuition and design ability – what better way to get to know the rest of this universe on the one hand and the product itself on the other, than a photographic tour in

RODA enters the world of cooking with Norma, an inherently modular and versatile collection to enjoy the outdoor experience, and has decided to do so with our Valvola02 collection, here offered in our Black Gold PVD finishing. Both our stainless steel AISI316L and the our PVD finishing have the perfect resistance for outdoor installations.

Surrounded by an olive grove, HV Pavillon is the project of a residence in the foothills of Amiata Mount in the Tuscan Maremma. Raised off the ground, the building is presented as a pavilion released to the landscape in a theatrical way: a proscenium.

The kitchen is a “kingdom”: GP Kitchen by Ron Gilad. A special custom project for which the Levo kitchen mixer was chosen in rose gold PVD finish.

Quadrodesign taps furnish a boutique hotel in the heart of Portugal. The essential aesthetics, solidity and elegance of the iconic Source collection create a natural harmony with the rigorous poetics of the restoration project designed by Pereira Miguel Arquitectos. A context full of history, culture and magic becomes the opportunity to express the values ​​of

An office becomes the residence of the firm’s owners, an expanding family with an incoming child. The upper floor consists of living room, studio, kitchen and dining area, where a long bespoke storage wall offers an interesting background. The layout of the apartment is developed around the staircase, a wooden volume, which leads to the

Three Home bathrooms for three different uses and users. Designed by Daniele Petteno Architecture Workshop for a young family and completed in Summer 2016 in London Fulham, these three bathrooms, which are part of a full house remodelling and extension project, respond in three different ways to the diversified users’ needs. The house is located

The interior layout of this large apartment was initially closely connected to the parallel transverse bearing walls corresponding to the building structure. The endeavor of the project focuses on overcoming these strict rules, creating a series of environments connected through the home. While the entrance corridor becomes a pivotal point between the living areas and